Boreal Woodland Caribou is federally and provincially listed as Threatened due to recent population declines.

Al-Pac, as part of the Regional Industry Caribou Collaboration (RICC), is working with the ABMI’s Caribou Monitoring Unit (CMU) on four projects assessing the impacts of natural disturbance, landscape disturbance, and climate change on caribou populations in and around the FMA area.

Populations of boreal Woodland Caribou are declining throughout much of their distribution, including in the six ranges that completely or partially overlap with the Al-Pac FMA (Figure: Woodland Caribou Range Map). This species is federally[1] and provincially[2] listed as Threatened because of these declines. Landscape disturbance and climate change are implicated in Woodland Caribou declines because:

Ultimately, these factors, alone or in combination, result in larger populations of Moose and Deer in Woodland Caribou range; higher prey densities support increased numbers of predators, which leads to higher caribou predation. While the links between caribou population decline and these factors are well-established, the relative importance of each factor on caribou populations is largely unknown. This knowledge is critical for developing effective and cost-efficient strategies for conserving caribou.

Therefore, Al-Pac, as part of its involvement in the Regional Industry Caribou Collaboration (RICC), is working with the ABMI’s Caribou Monitoring Unit (CMU) on four projects assessing the relative importance of natural disturbance, human footprint, and climate change in terms of their impact on caribou populations. These projects are described below; more details on the CMU are available in Collaborators and Contributors.

Criterion 6.4 – Protection of rare and threatened species and their habitats

CMU research supports caribou management requirements outlined in FSC Indicator 6.4.5b by increasing understanding of the effects of land management and natural disturbances on caribou-predator-prey-landscape ecology.

Purpose: Evaluate the response of moose populations to fire in areas of the boreal forest that overlap Woodland Caribou range.

Background: Fire increases the amount of early successional habitat in the boreal forest, which is thought to improve habitat suitability for moose. If moose populations increase post-fire, caribou may be negatively impacted because as moose populations rise, predators such as wolves are expected to increase as well.

Management Implications: Because caribou management is primarily focused on minimizing disturbance impacts in caribou range, moose showing minimal response to burns has important management implications. These results suggest that moose-mediated impacts of disturbance on caribou populations may vary by disturbance type (e.g., fire vs. harvest areas) and by geographic region.

Purpose: Assess the degree to which human footprint may be influencing predator and prey population densities by potentially improving regional habitat quality for black bears and white-tailed deer species.

Management Implications: These preliminary results suggest that human footprint likely does not substantially influence deer and bear habitat quality, though human footprint may operate by alternative mechanisms to increase predation risk to caribou.

Landscape Disturbance and Climate Change: Using Remote Cameras to Assess the Relative Importance of Climate Change and Human Footprint on the Northward Expansion of White-tailed Deer

Remote camera traps have been deployed in a study design that leverages differences in human footprint (Alberta has 3.6 times more disturbance than Saskatchewan) within similar climatic regions to disentangle the effects of climate and human footprint on deer relative abundance.

Project funded by: COSIA and RICC

Project summary: This research is a “state-of-knowledge” synthesis of evidence aimed at disentangling the effects of climate change and human footprint on Woodland Caribou. This research examines wolf use of linear features, landscape disturbance increasing habitat suitability for ungulates, and how a changing climate may increase deer populations. Results for this research will be used to identify caribou management strategies that have the greatest chances of success. For example:

Dawe, K.L., E.M. Bayne, and S. Boutin. 2014. Influence of climate and human land use on the distribution of white-tailed deer (Odocoileus virginianus) in the western boreal forest. Canadian Journal of Zoology 92(4):353-363. 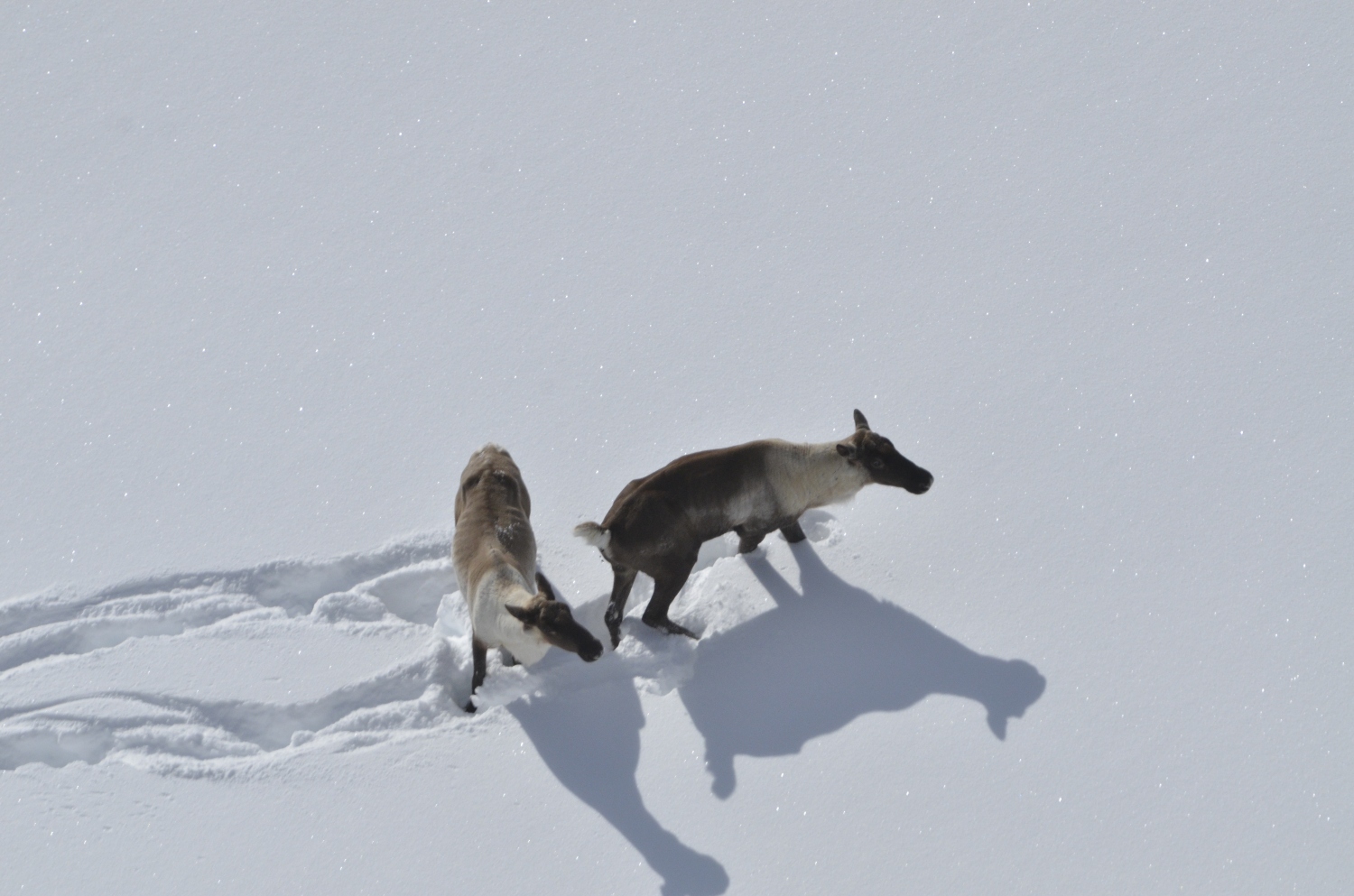