Through the use of ground-based sampling, the ABMI measured the density of living trees and snags, and the volume of coarse woody debris (i.e., fallen logs) in the Al-Pac FMA area.

Resource managers do not often manage for individual species but instead manage habitat[1]. There are several key habitat elements that are important to many species that live in the boreal forest, including large trees, snags (standing dead trees), and coarse woody debris (fallen dead trees)[1,2,3,4]. For example, many birds, such as chickadees and woodpeckers, are associated with large trees and snags for nesting and foraging; these birds are known to be sensitive to a reduction in these forest habitat elements. Mammal species, like Fisher and Marten, use large snags and fallen trees as den sites. Fallen trees are also important for these species during the winter, providing them with access routes under the snow as they hunt for prey.

Fallen trees have a number of other important functions in the boreal forest, such as:

Overall, many components of biodiversity are linked to large trees, snags, and fallen trees. Because these habitat elements are generally more abundant in older forests, they can be challenging to maintain in landscapes managed for the production of timber, energy, or agricultural commodities.

ABMI data and reporting can help support FSC Indicator 6.2.2 (assessment of impacts on stand-level values) by providing baseline information on stand and site qualities, such as coarse woody debris and density of standing dead and live trees.

Criterion 6.6 – Prevention of biodiversity loss through habitat management in the management unit

The density of trees and snags in the Al-Pac FMA area is: 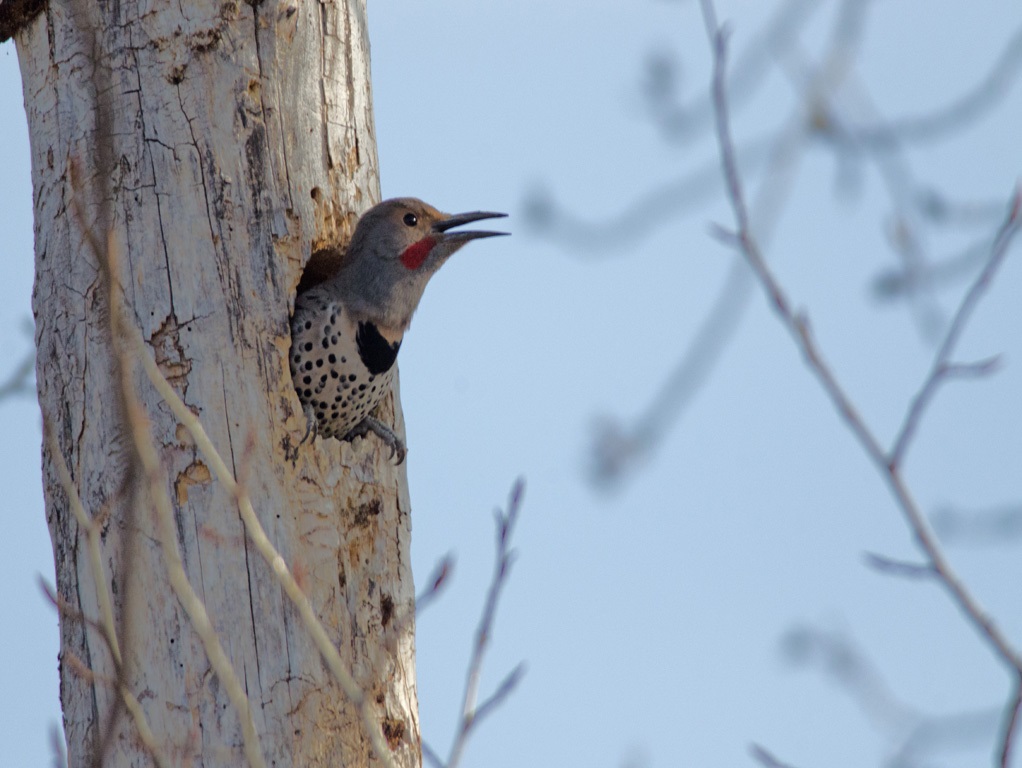 The average volume of coarse woody debris in the Al-Pac FMA area is: 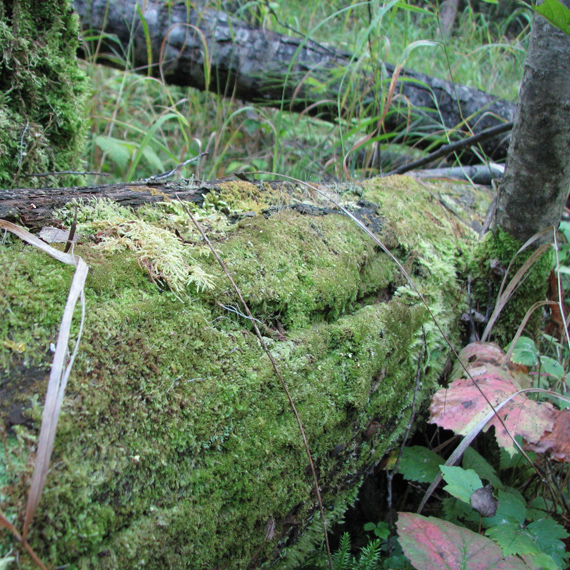 Coarse woody debris is an important substrate for many species of moss and lichen.
Photo: ABMI 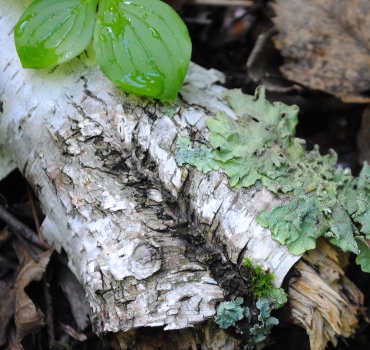