3.17 km/km2is the density of linear features in the Al-Pac FMA area.

The densities of specific types of linear feature include:

Linear footprint (e.g. seismic lines, pipelines, and roads), while occupying a small percentage area of the landbase, can have disproportionate impacts on biodiversity relative to its size[1]. Seismic lines are of particular management concern because this is the most common linear feature in northeastern Alberta. Impacts to different components of biodiversity vary by line type, width of line, as well as line density, and differ among species with some "winners" and some "losers"[2]. For example, seismic lines can:

Understanding the distribution of linear features, including line type, is important to support cumulative effects management in the Al-Pac FMA area.

ABMI data and reporting broadly support FSC Indicator 6.1.1(3) by providing ‘best available information’ on the distribution and density of linear features, including road networks, with maps and quantitative summaries for the Al-Pac FMA and AEI.

Tracking changes in human footprint can help inform FSC Indicators 6.2.1 and 6.8.5, by showing the spatial distribution of human disturbances on the landscape. This includes tracking the density of linear features, such as roads and seismic lines.

Total linear footprint density was found to be:

Dawe, K.L., E.M. Bayne, and S. Boutin. 2014. Influence of climate and human land use on the distribution of white-tailed deer (Odocoileus virginianus) in the western boreal forest. Canadian Journal of Zoology 92(4):353-363. 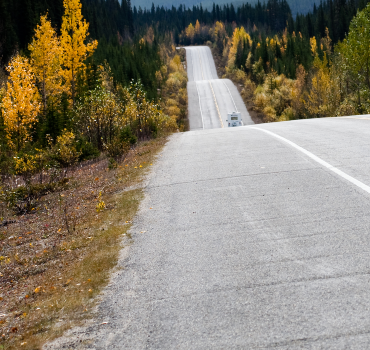